I don’t want to add to the general sense of hysteria out there, on this morning after the acquittal.  But I tossed and turned a lot last night, and I just have one big question that keeps coming to mind.   Just one.

See, I didn’t watch countless hours of the trial on TV, and I didn’t read every word written by every legal “expert”.  I couldn’t.  A seventeen year old boy was dead, and I didn’t want to keep hearing those screams for help, no matter who was screaming.

So I don’t honestly have an opinion on whether the shooter was a racist or not. I don’t know him.   I don’t know if the victim reacted out of fear or anger or frustration when he knew that some “creepy” guy was stalking him.  I don’t know either of them, and I wasn’t there.  I don’t think its right for me to act as if I know what really happened or what motivated either of the people who was actually involved in the tragedy.

But I just have this one question, and I can’t get away from it.

What if the shooter hadn’t had a loaded gun hidden in a pocket?

And what if the shooter had had gun, but what if it wasn’t concealed?

Would the boy have pushed down his anger and frustration over being followed by a creepy stalker, and would the sight of that weapon have prompted him to rush home, instead of standing up to the guy and confronting him?

I don’t know if society, at least at this moment in time, can stop people from having racial prejudices. I don’t know.

And I don’t know if we can stop weak and powerless people from wanting to pump up their own self-image by imitating the macho strengths of the police.  I just don’t know.

I’m not sure that we can stop young men from reacting impulsively to perceived slights/threats/challenges. A developing brain is a developing brain; common sense, it seems, comes slowly to the human species.  I don’t know how we can speed that up.

But I do know that we, as a society, could have prevented this kid’s death.

Until we are finally willing to stand up and say, “It is just plain stupid and dangerous to let average imperfect human beings walk around with loaded weapons hidden on their bodies.”, we are going to have to keep dealing with needless, senseless, wasteful death.

And I just realized that I have another question ringing through my head this morning:

Does that shooter now regret carrying a loaded gun in his pocket? 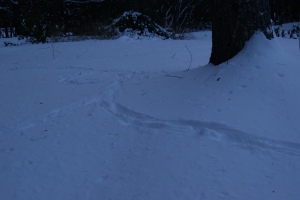