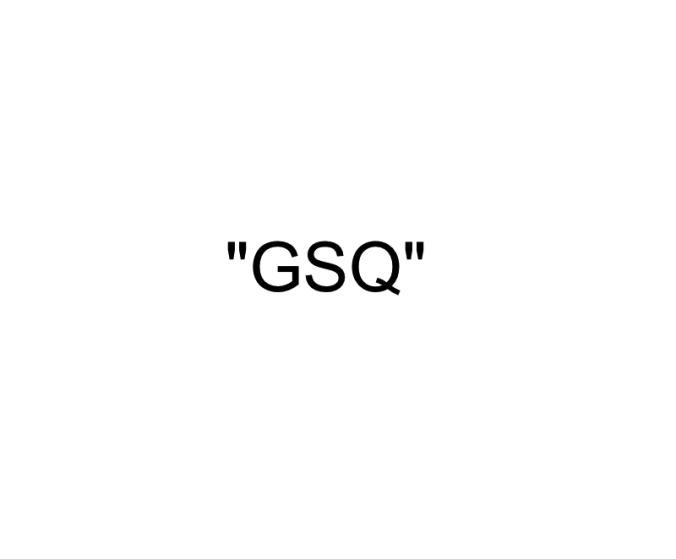 A long, long time ago, like a really wicked long time ago…..when I was young and dinosaurs ruled the earth……I worked for one of my best friends. He was the funniest guy I knew, a High School pal, and he owned a small sandwich shop.  There were about 8 of us who worked there, and so we got to know each really well.

Every morning, as we were making the coffee and cooking the roast beef, our boss would go around and give us each a tiny slip of paper with our “GSQ” written on it.

Our “Give A Shit Quotient”.

It was hilarious.  He was definitely the best boss I’ve ever had in my life and he’s still a really good friend.

For some reason, when I woke up this morning and saw the election results, the old “GSQ” popped into my head.  Because mine is really, really low right about now.

If you know me at all, you know that I’m a wicked liberal. Like, really really really liberal.  As in, I vote Green or Socialist or at the very least United Independent Party.   Which means that I should be pretty upset with the takeover of the government by the GOP.

Why not, you ask?

Because I don’t think it makes one damn bit of difference which of the two huge corporate owned parties is theoretically “running the show”.  We had Bush and we had war in the Middle East and Near East. We had unemployment, high student debt and an ever increasing income gap.  So we voted for Obama and we got…..the same damn thing.

I know for sure that they all hire the same scary actress to record the voice overs for those horrific political ads.  You know the ones I mean.  That woman who sounds both astonished and horrified as she semi-whispers, in her exaggerated intonation, “Bobby Bobberson says he shares our values?!? I don’t think so! In Bobberson’s America, babies have no milk, and old ladies have to cross the street by themselves! Bob Bobberson: Not our kind of Senator.”

I didn’t vote for any of the folks who’ll be making the laws for the next few years.  And I don’t mind.  I can’t stand either of the big parties.

Until we get to the point where we have more than two equally balanced political groups, until we get to that glorious day where money doesn’t control every election, until we get to a time in our future where there are enough disparate interests and viewpoints represented in our political system to force them to actually compromise, my GSQ will remain in the single digits.

Having followed the election in Tunisia for the past several months, where the citizens were engaged, interested and invested, I am underwhelmed by our so called democracy.  Having watched events unfolding in that small country, where several parties vied for power, I am less than impressed with the nonsense that passed for an election in this country.