So this will be a very quick post. I’m sleepy, it’s late, and we have had a long and emotional week.

I’m thinking about the President, and his most recent “rule by tweet” effort to distract us all from his Russian connections. By this, of course, I mean his out-of-the-blue decision, delivered in 140 characters, to ban all trans-gender people from serving in any capacity in our military.

I have a few reactions to this idiocy, but they are really all pretty much the same thing.

Let me start by explaining that I am a very boring, heterosexual woman married to a heterosexual man. In fact, we’ve been man and wife for 39 years now. Holy old folks. We have raised three heterosexual children who do not seem to be struggling with gender identity.

I say all of this to prove my non-gay, non-trans bona fides. I am straight, white and middle aged.

So when I heard that the President has decided to ban all transgender people from service in our military, I hope you will appreciate the fact that my very first reaction was “Is he out of what passes for his tiny little mind?”

Here’s why I say that.

We have a volunteer military in this country. Everyone who serves to protect and defend us is a VOLUNTEER. As in, “Dude, I could have just become a plumber.” Instead, each and every one of the men and women who carry guns for our military forces is there because they chose to be.

So kudos to all of them! Why on earth would we care what genitals they are carrying under their regulation uniforms? Why would we care who they are attracted to? Or how they see themselves, in terms of their own personal gender? What possible difference could any of that make to any of us?

Soldiers of the United States, I salute you, I thank you, I honor your service! I do NOT care if you call yourself Carl or Carol. I just don’t.

Also, modern warfare is plenty expensive. We spend 10 billion or so dollars on ONE aircraft carrier. I really, truly don’t mind paying for medical care for our soldiers. I don’t mind having my tax dollars go toward their cardiac medicine, their psychology visits, their knee replacements or their gender confirmation surgeries.

Those of us who sit safely in our living rooms, rolling our eyes at your obnoxious tweets are grateful to all who have volunteered to keep us safe. ALL of them. EVERY single one.

About your Russian connections…. 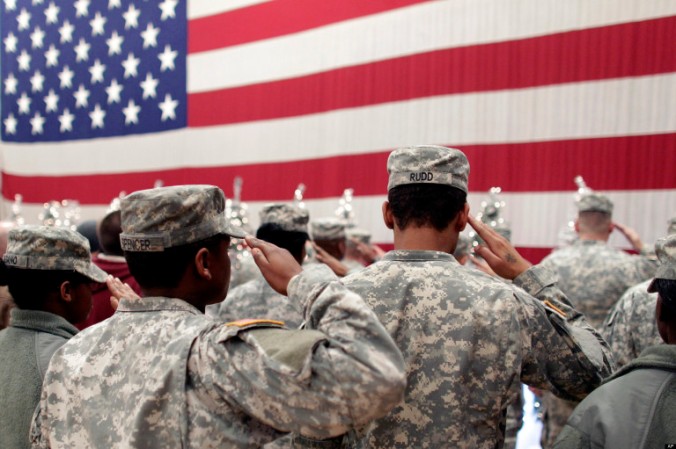