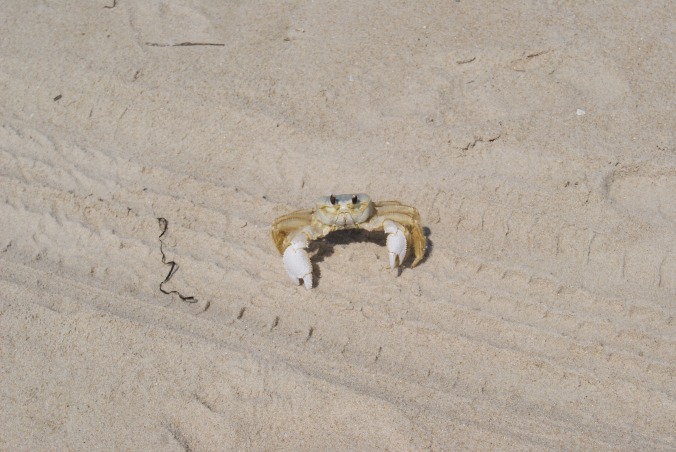 We have a Congress that is made up of people who are only worried about getting reelected. Other than possibly Heidi Heitkamp, they don’t care about who did what to whom, who supports equal rights for the Americans who actually pay their salaries, or who is totally biased against half of us.

Appoint an accused sexual predator to the Supreme Court, even though he just went on national TV to scream about his promise to strike back against half of the country and half of Congress? No worries. As long as you get reelected, who cares?

And now we have a Supreme Court that includes not one but TWO credibly accused sexual predators.

In fact, as a grandmother who has lived through my own widely accepted and lightly dismissed sexual harassment, I’m pissed.

As the mother of a young woman who escaped rape only because she wasn’t at the bar alone when her drink was poisoned, I am beyond outraged.

As the grandmother of a beautiful little girl who has had to learn at the tender age of three to say, “Don’t play with my braids. It’s my body and I get to choose,” I am enraged. I am furious. I am disgusted.

But what is worse is that I have lost what little bit of faith I had left in my country and in my government.

And until the current President, the man who is so proud of his sexual predator past, is taken away and replaced by someone with a shred of integrity, I will not be able to believe that the Executive Branch of this country has the interests of any women in mind.

I am not only not feeling patriotic tonight, I am feeling an absolute disgust in my government. I am not proud of my country. I am not happy to be an American.

In fact, if some other country would take me and mine, I’d be there tomorrow.

I thought that the Supreme Court was made of lifetime appointees because avoiding the need to be elected or re-elected would them to be impartial.

Wouldn’t you want all judges to approach their jobs with an open mind?

Now, I’m not completely naive. I understand that we all have our core beliefs and that we all come to our work with our own personal histories and experiences.

A person who expects to be appointed to a lifetime position on the highest court in the  United States of American had better be able to demonstrate that open mind in public. He damn well better show his impartiality to the duly elected men and women who will be doing the hiring.

Read these words from the opening statement of Judge Brett Kavanaugh in front of the Senate Judiciary Committee:

As I told this Committee the last time I appeared before you, a federal judge must be independent, not swayed by public or political pressure.

I agree with him.

Now read his testimony in front of that very Committee:

Since my nomination in July, there’s been a frenzy on the left to come up with something, anything to block my confirmation. Shortly after I was nominated, the Democratic Senate leader said he would, quote, “oppose me with everything he’s got.” A Democratic senator on this committee publicly — publicly referred to me as evil — evil. Think about that word. It’s said that those who supported me were, quote, “complicit in evil.” Another Democratic senator on this committee said, quote, “Judge Kavanaugh is your worst nightmare.” A former head of the Democratic National Committee said, quote, “Judge Kavanaugh will threaten the lives of millions of Americans for decades to come.”

You sowed the wind for decades to come. I fear that the whole country will reap the whirlwind.

The behavior of several of the Democratic members of this committee at my hearing a few weeks ago was an embarrassment. But at least it was just a good old-fashioned attempt at Borking.

Those efforts didn’t work. When I did at least OK enough at the hearings that it looked like I might actually get confirmed, a new tactic was needed.

Some of you were lying in wait and had it ready. This first allegation was held in secret for weeks by a Democratic member of this committee, and by staff. It would be needed only if you couldn’t take me out on the merits.

When it was needed, this allegation was unleashed and publicly deployed over Dr. Ford’s wishes. And then — and then as no doubt was expected — if not planned — came a long series of false last-minute smears designed to scare me and drive me out of the process before any hearing occurred.

This whole two-week effort has been a calculated and orchestrated political hit, fueled with apparent pent-up anger about President Trump and the 2016 election. Fear that has been unfairly stoked about my judicial record. Revenge on behalf of the Clintons. and millions of dollars in money from outside left-wing opposition groups.

The man has shown his extreme bias.

He isn’t open minded or impartial.

He is unfit to serve on the US Supreme Court.

He spoke the words above after taking an oath to tell the truth. Let’s believe him.